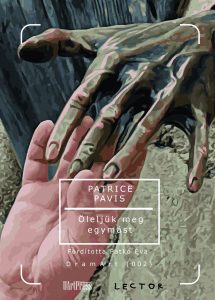 Patrice Pavis (1947) is a world-renowned theater theorist, author of more than ten volumes and a professor at major universities. His Dictionary of Theatre has been translated into more than thirty languages. He has also been writing theatrical plays since the 2000s, and in 2021 his novel Poème toi-même was published.